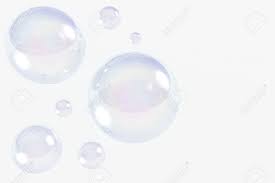 In a good story a worthy villain needs a good weapon, a side-kick, or a gang to help him be successful as he attempts to fulfill his evil tasks. The villain in the 415 Raspberry Picket Trilogy is known as The  Dark Master and it is discovered his mission is to destroy all plant life on Earth.  By the time the reader gets to the third book ,  The Seed of The Wormwood you learn of the evil creatures true name, and what he is, and where he may come from. As I wrote the novels I felt an evil entity like the Dark Master needed some sort of  deadly monstrous creature  to do his bidding to cause harm to both people and plants.

As I was imagining a creature that is both an enemy to plants and people, I thought what is the one element that is vital to the healthy life of both of them?  We can live several days without food, but the one things we must have to live is water.  So if water is vital, how could a evil plant-killing villain use a monster to help him with his plans?  Then it came to me, what if there was a creature that almost instantaneously sucked up all moisture from both plants and people?  The human body is about 60-65% water.  Water is equally important to plants; even cacti and succulents need water to survive.

I had imagined a creature to aid the Dark Master but I needed to name it.  I looked in a ‘slang dictionary’ and saw the word, ‘noid,’ meaning strange or weird.  I wondered what would go with ‘noid?’  I was thinking the lack of moisture is ‘arid.’ Thus, the Dark Master’s devious killing monsters would be known as ‘Aridnoids.”

If you ‘Google’ ‘aridnoids’ you will find:

It tried to stop them from saving plant life. The Dark Master uses nearly invisible creatures called aridnoids to kill by sucking life-giving moisture from humans

The mindless shapeless blobs are invisible until they start to bloat up with moisture. The Aridnoids work fast and are very efficient in what they do.  Two of the Dark Master’s human henchmen, a boy named Andy and an old man named Dennis who spends time around the Aridnoids, although protected, become dehydrated and their skin becomes parchment-like. Throughout the three book series, Rubus, his nephew Darach, his grandmother Rosemary, and housekeeper Flo frequently find themselves in a life and death battle and use magical herbs to fight the extremely dangerous Aridnoids.
In the end it is the trees of the forest who discover a very creative way to deal with the  moisture sucking monsters. In the novels the Dark Master uses other dangerous creatures in his battle, but none are as wicked and dangerous as the Aridnoids.

This site uses Akismet to reduce spam. Learn how your comment data is processed.